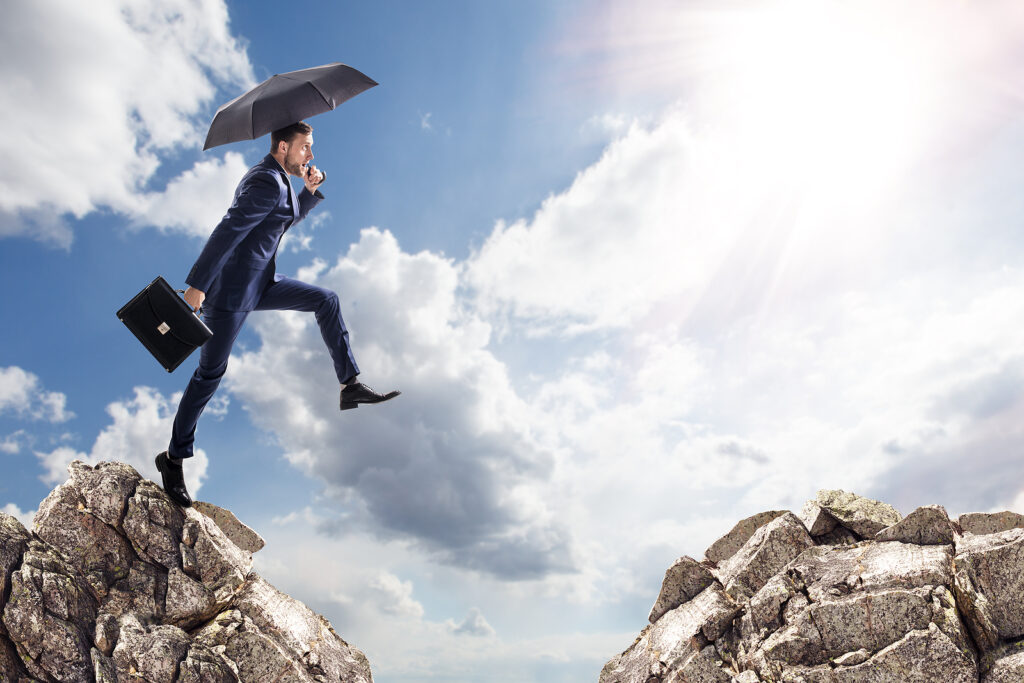 With another April Fools Day once again in our rearview mirror, the topic of “foolish business decisions” came to mind. It struck me that the line between calculated risk and foolhardy gambling can often be pretty slim. In fact, throughout the history of innovation, many of the risks that ultimately generated the biggest payoffs were initially seen as out-and-out foolish.

In grade school, we learned about Fulton’s Folly—the nickname the shipping community attached to Robert Fulton’s prototype steamboat. Early automobiles were met with jeering cries of “get a horse” as they bumped along the cobblestones. Thomas Edison was frequently referred to as “addled,” and the Wright Brothers’ initial efforts were laughed off, because, as our great-great-grandparents surely knew, if they were meant to fly, they’d have been born with wings.

Invention always comes with a certain degree of risk, and ultimately, that’s our instinct for self-preservation kicking in. Once we reach a certain age, common sense keeps us from jumping off our balcony with an umbrella. (Usually.)

But quite often, that fear of risk and failure can grow beyond all reason, and block attempts to develop and implement new ideas in our businesses that truly have the potential to lift us to the next level.

Within the organizational culture of every business, there’s an underlying philosophy of risk aversion that tends to guide most decision-making. Sometimes this is verbalized in founding or planning documents, but usually not—it’s just too grey an area.

But you can most likely identify the businesses within your vertical with reputations of being overly conservative when it comes to new ideas and the ones who are always coming up with something new.

Let’s face it—fear of failure drives the ultimate decision whether or not to implement a new idea. The question that must be addressed is the degree of reality of that fear.

During my consulting work, the topic of doing something different almost always arises, and usually raises a key question: “But what if it doesn’t work?”

Too often that question becomes the end-point of the analysis. But it is a question that needs to be answered, in terms of risk, reward and return on investment. It needs to be evaluated with data, projection, and a thorough analysis of the human factor: do you have the resources to carry it out, and how will it impact the team responsible for it?

“Just try it and see what happens” is the alternative to this, and that philosophy is what can sometimes give “risk” a bad name. Because “just trying it” without a thorough enough understanding of the potential downside is flying blind (something the Wright Brothers never did.)

The other side of the coin, of course, is what we call “paralysis by analysis”; never moving forward for want of a “perfect solution,” and letting golden opportunities slide by.

The solution, as with so many things, lies somewhere in the middle, and that’s where leadership earns its pay. Allowing too much sway from either your data-driven risk managers or your highly-paid creative team can end up pushing you off-center, and potentially into a state of stagnation.

As spring arrives with its traditional blend of optimism and potential, don’t make the mistake of equating “risky” with “foolish”—just be sure your parachute is properly packed before you take that big jump.