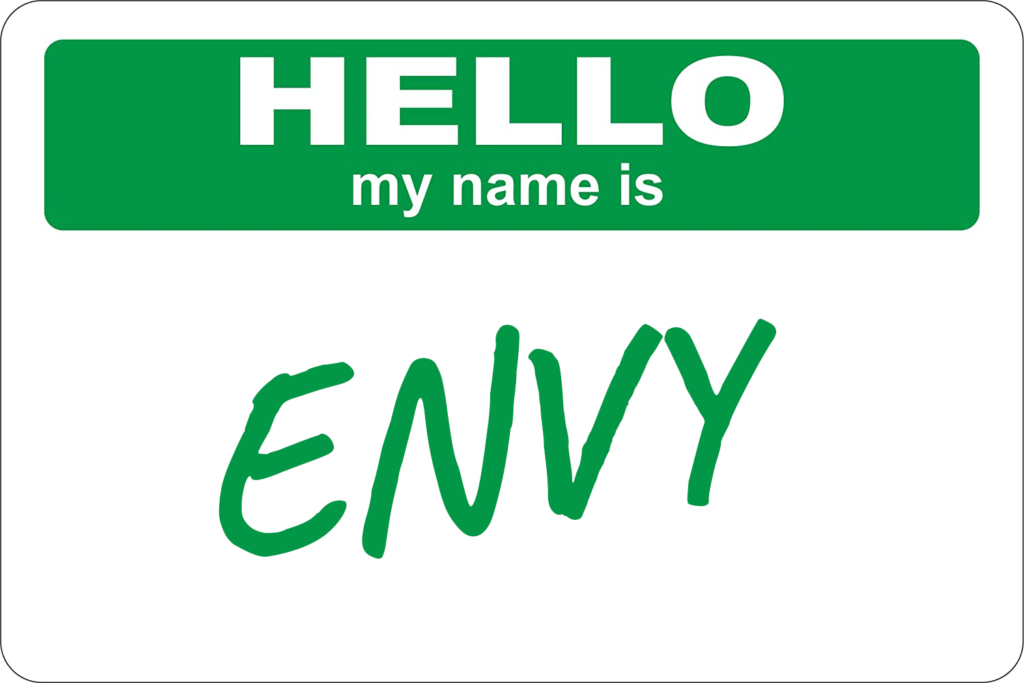 Happy March! If there’s a particular color associated with this month, it would have to be green…..not just because of the ever-popular annual St. Patty’s Day celebration, but also the new beginnings that spring brings: green grass, green trees, green buds in your flower beds, all slowly replacing whites of winter (and the icky brown of that time in-between.)

Well, there’s another kind of green, too—it’s the color that, once upon a time, we began associating with one of those ever-popular seven deadly sins: envy.

No one knows for sure how green became the color of envy, but it is well known and tends to get a bad rap.

But I’ll share a question that came up recently in a business strategy discussion: is envy ALWAYS a bad thing?

After all, seeing things in our world that we wish we had, and aspire to have, is usually what inspires us to take action, and embark on a path to manifest them.

No problem there. So why does envy have such a lousy reputation? Well, more than a few wise minds have weighed in on that topic, and one common answer distinguishes envy from admiration.

Envy, you see, is often accompanied by ill wishes toward the possessor of what you want, as you envision a better world—for you, at least—in which YOU have what they have, and they don’t.

Admiration, on the other hand, is usually more benign. You can admire the Tesla in your neighbors’ driveway without wanting to deny them of it—you just want one, too.

Not a bad explanation. However, in the business world, it gets a little more complicated.

For example, if you live in a small town and your main competitor has 75% of the market share, you need to aspire to that level of dominance to succeed. But because there are only so many fish in your pond, you can’t do that without reducing their performance. But does that really make it envy?

Here’s another one. As women achieve more and more leadership roles in business, those who make it often find themselves envied AND admired by other women in the workplace. And that’s as it should be – they are role models for thousands of others seeking to accomplish similar things.

But when envy prompts a lack of support or even efforts to undercut or sabotage successful female executives or entrepreneurs, this dynamic can quickly take a destructive turn, and undercut the progress that still so desperately needs to be made.

Focusing on your strategic goals in a competitive environment doesn’t automatically require bad feelings toward others in the field. But it DOES require a thorough understanding of what they do well, and not so well—their strengths and weaknesses—to enable you to differentiate what you have to offer to your market and earn more business.

So, while envy might initially provide a bit of incentive when they roll out a new product, or announce record earnings for the last quarter, or receive awards from industry associations, it shouldn’t be what drives your effort. Once you commit to a data-driven, strategic approach to competing in your market, the focus will shift to making your product or service better than it was last year – far better – and communicating that to your audience.

Let envy be the spark that lights the fuse for your explosive growth, and in time, you may become the envy of your industry—but more importantly, widely admired.

Not to mention earning more green. Because THAT’S how you grow big….or go home!